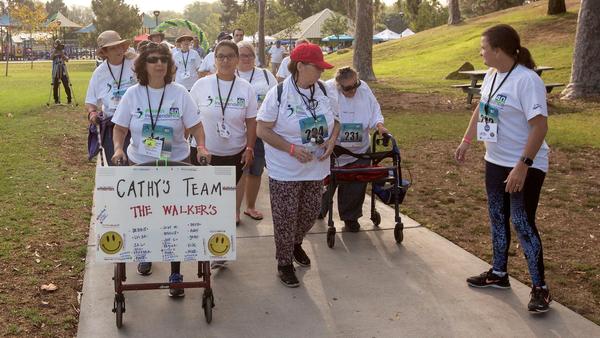 More than 200 people strolled through Costa Mesa’s TeWinkle Park on Saturday morning during the annual Walk for Independence.

The event, in its eighth year, is put on by Project Independence, a Costa Mesa-based nonprofit that helps people with developmental disabilities.

Participants on Saturday, including individuals whom the nonprofit supports, received a T-shirt, a goody bag and breakfast.

Project Independence is celebrating its 40th anniversary. In 2007, it merged with the Vantage Foundation, another organization that served people with developmental disabilities.