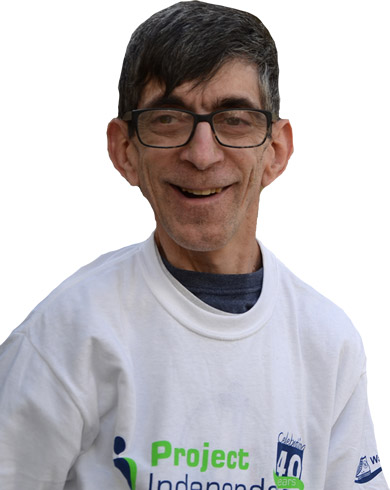 Project Independence was founded on the belief that people with disabilities possess the potential to live and interact in their communities, and that by listening to the hopes and dreams of people we serve, we can help them.

Quite simply, Bobby Spitzberg is unforgettable. People who underestimate him- like judging a book by its cover – do so at their loss. But those who take the time to meet him quickly realize that he is the walking, talking epitome of Project Independence, which was founded on the belief that people like Bobby who have disabilities still possess the potential to live productive lives and interact in their communities.

And has Bobby interacted! A longtime PI client and proud member of the organization’s volunteer Board of Directors, Bobby is celebrating a 40-year full-time career at the Marriott Corporation, clearly a testament to his perseverance in the face of challenges that might overcome many. To show for it, he has earned a box full of honors and awards, including the coveted J.W. Marriott Award of Excellence in 1999, two nominations for the Orange County Tourism Council’s Service Excellence Award, several Employee of the Month or Employee of the Year awards at three different Marriott hotels, and the Regional Center of Orange County’s Spotlight Award. Bobby lives in his own apartment and finds time to mentor other PI clients. 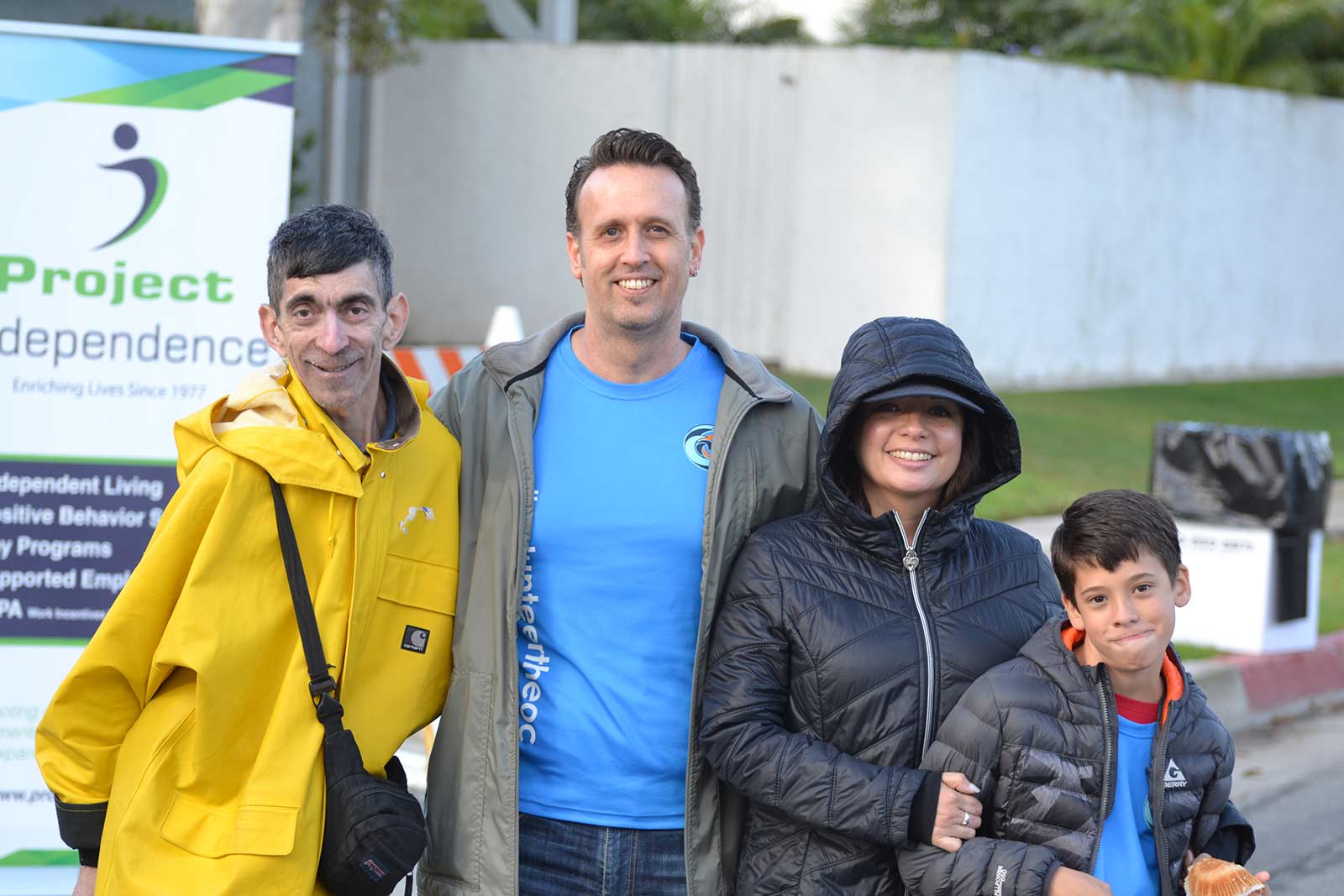 But Bobby’s life is not just about himself and the awards and accolades he has garnered. He’s the first to declare that he’s always been a people person. Despite his challenges, Bobby understands, more than most, the simple yet profound truth that having a positive attitude is key to success, happiness and getting along with everyone. He also recognizes that a person’s choice of attitude is just that — a choice.

Project Independence chooses to honor Bobby Spitsbergen as the face of our organization. We’re better for having him amongst us.